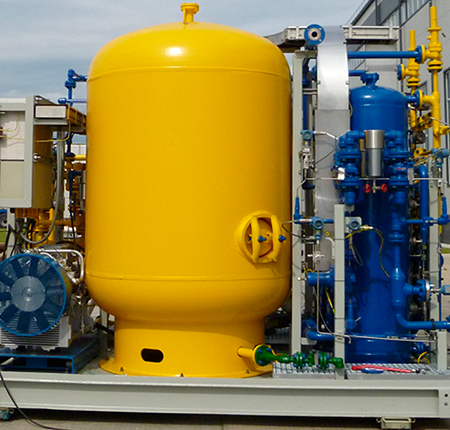 In membrane nitrogen units compressed air passes through the membranes which consist of a large quantity of hollow fibers. In this case oxygen goes out through fibersХ walls and nitrogen passes through the fibers to the end. At the membrane outlet compressed gaseous nitrogen is generated. Maximum purity of produced nitrogen is up to 99,95%. This is one of the most reliable technologies of nitrogen generation. The equipment has a long service life and is easy in maintenance. Membrane nitrogen unit can also be used as an air compressor.